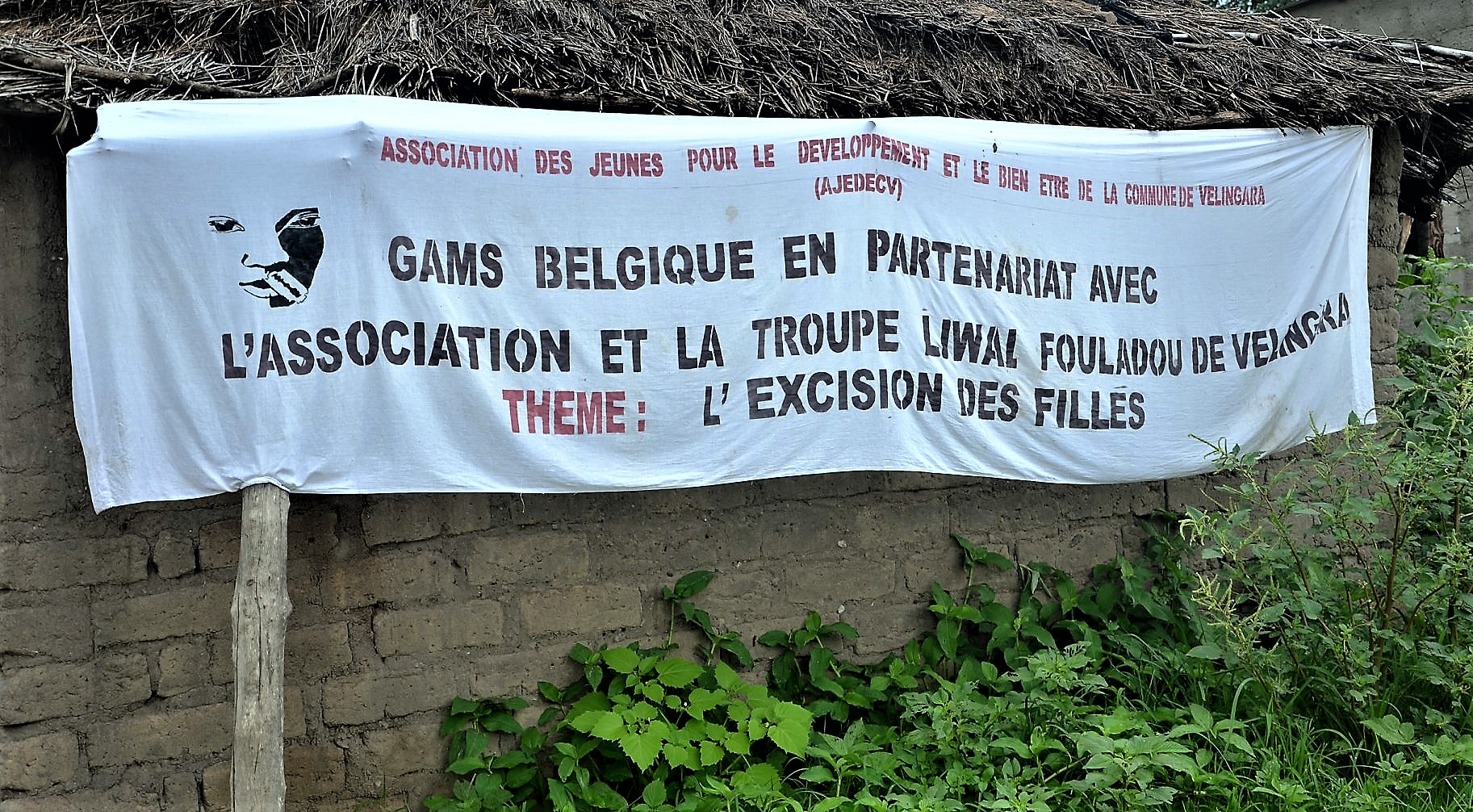 Since 2002, GAMS Belgium has been supporting a project to raise awareness about female genital mutilation (FGM) through a community-based approach by improving the living and health conditions of women and girls in the communities of Vélingara, in the Kolda region of Senegal.

In 2010, thanks to funding from WAAF (Women’s Action Against FGM) and the European Society of Contraception (ESC), a second phase of the project started in another site in the region, the village of Linkéring on the border with Guinea. Literacy courses in Fulani were started.

The GAMS Belgium team went on the ground in 2011 to give a two-day training course to the women and traditional cutters of Vélingara on the impact of FGM and its abandonment. The training was given by the president of GAMS Belgium and Maureen Louhenapessy, the coordinator of SIREAS.

An awareness-raising campaign via radio stations was conducted in 2013 and partnership agreements were signed between the FM radio stations of Vélingara (Radio Bamtaare Dowri Fm and Radio Fouladou) and GAMS Belgium.

In 2015, a video-filmed letter project (exchanges between the Fulani communities of Belgium and Vélingara) was supported by COCOF International Relations, the municipality of Saint-Josse and the City of Antwerp (north-south projects). Peer educators were trained to raise awareness in the communities.

In 2016, a project to sponsor girls, a Pact for Education, was launched. This project is based on the positive experience of Femmes Solidaires in Ethiopia where more than 800 girls were protected from FGM. The project consists of providing financial support to uncut girls to cover the cost of schooling (supplies, uniforms, food) and to make a pact with their parents to protect them from FGM and early and forced marriage. A first field visit was carried out in April 2016 to identify villages that wish to participate in the project. The project is still being implemented.

Sponsor a girl in Vélingara, Senegal

Following on from the 2015 video-filmed letters project, the Liwal Fouladou Troup from Vélingara was formed in 2017 to perform plays to raise awareness about forced marriages and female genital mutilation. These performances took place in secondary schools in 10 villages in the region.

The year 2020 marked the beginning of the COVID-19 pandemic, which has had an unprecedented impact on health, society and the economy. Under the project “Prevention of the Coronavirus”, GAMS Belgium launched the production of masks to offer the most vulnerable people a kit containing a bar of soap, a washable mask, and a leaflet on preventing the virus. The action was supported by the district doctor who validated the model of the mask and by the Prefect of Vélingara. Thanks to donations, 1,000 masks were made and 500 kits were distributed.