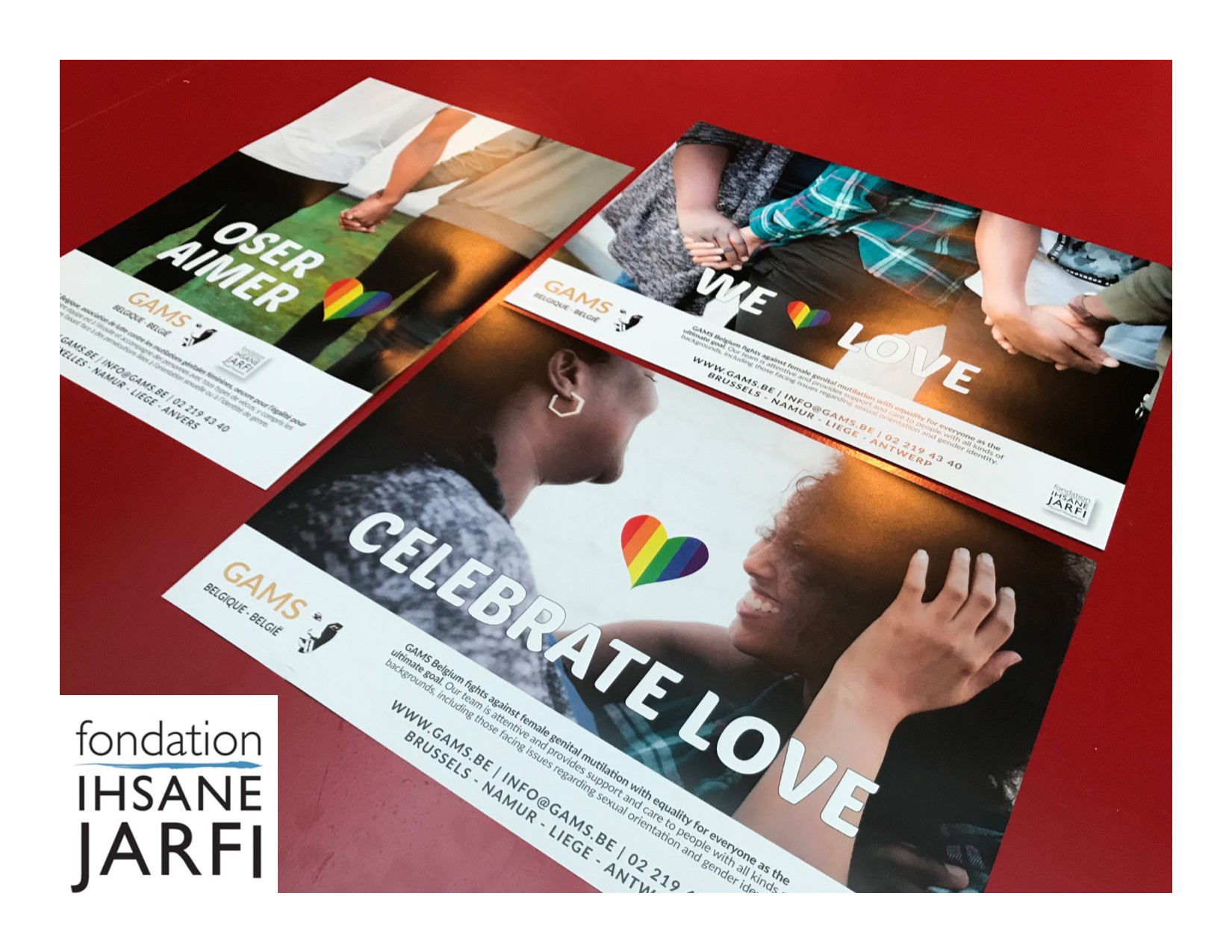 As part of our social and psychological support, GAMS meets with lesbian and bisexual women who have fled their country because of violence due to their sexual orientation, to escape female circumcision – or both. These women often report difficulties in talking about and living freely with their sexual orientation for fear of negative reactions within the reception center and/or from their families and communities.

Based on this reality, GAMS decided to ask the Ihsane Jarfi Foundation to set up a project to fight against homophobia, in partnership with Merhaba. The project, named “Collaborating to fight against gender-based violence: addressing sexual diversity and female circumcision in African migrant communities“, had the ultimate goal of enabling a better reception of all people, regardless of their sexual orientation, through the training of professionals and volunteers, and the implementation of a campaign. GAMS can thus work for gender equality in a more comprehensive way.

The main actions carried out in the framework of the project were:

The three posters created collectively by the staff team and the relays trained on homophobia issues, can be ordered free of charge by email: info@gams.be 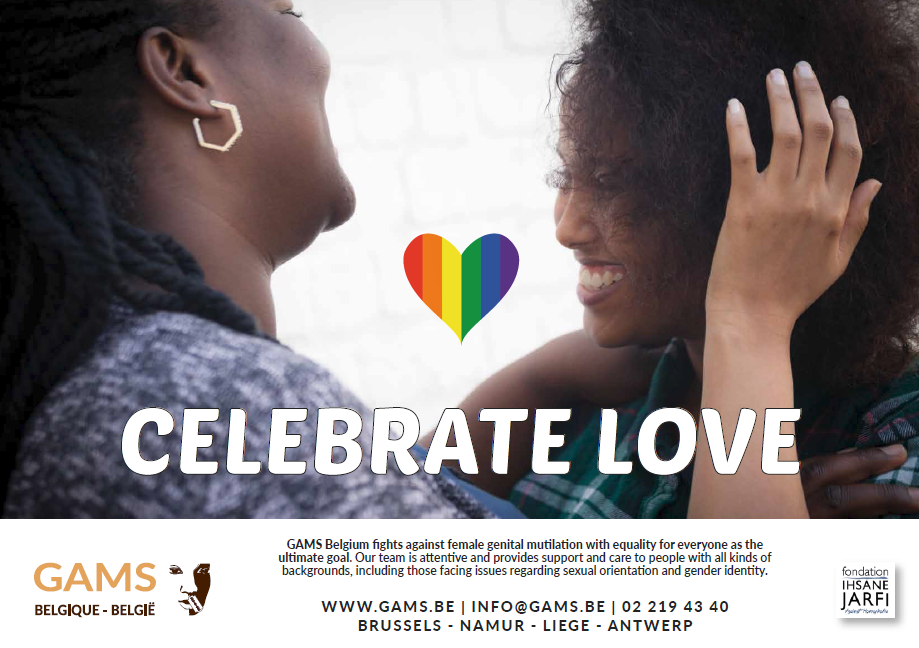 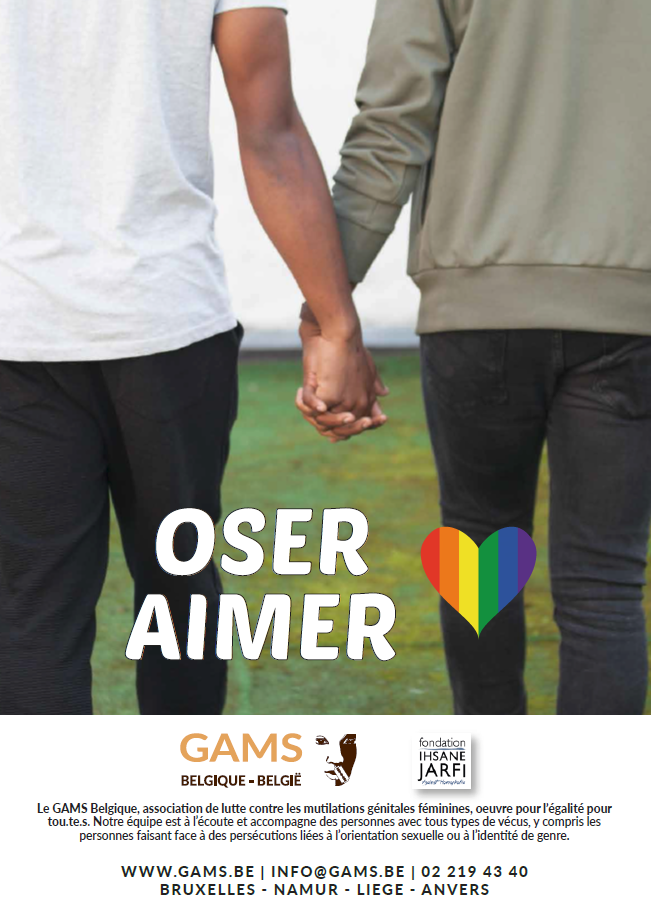 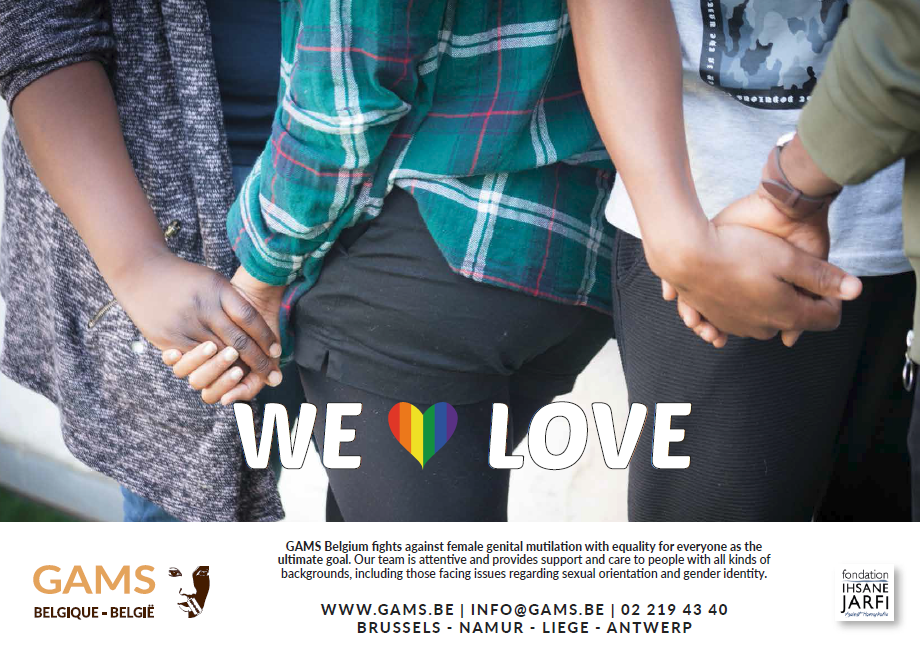