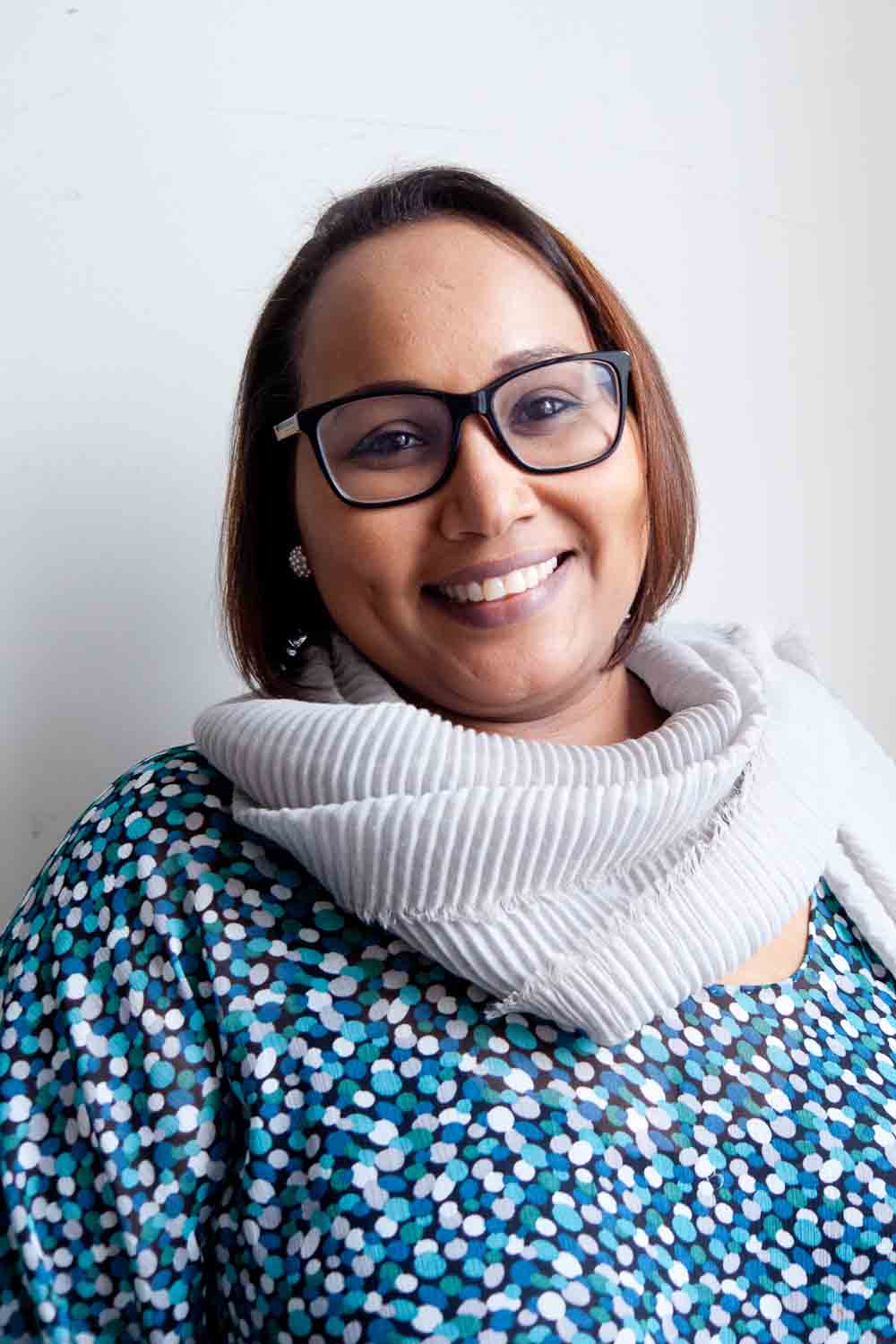 Samia Youssouf is a community animator at the GAMS Liege Branch. She has fought against female circumcision for many years, in Belgium and Djibouti. Between
2011-2015 Samia had a contract to work on female circumcision at the Family Planning Center Louise Michel. Since January 2015 she works at GAMS Belgium which opened a branch in Liege, where there is a lot of asylum seekers. She is responsible for the activities in the Province of Liege.

“Either we go to the women who underwent female circumcision, in Alpha courses, at the ONE, in training schools… Or they come to us. I meet with the families concerned, mothers and fathers, following-up each individually, we work with many different partners such as the Family Planning Centers.. The women come to see me and if necessary I steer them towards other structures for a medical or legal follow-up. We also have activities from women’s groups. I have an office at the ONE and make interventions at Centers for Asylum Seekers. The majority of the people we meet are asylum seekers.”

“My personal victory, is my daughter, she is intact. In my family in Djibouti, female circumcision is on the decline. My mother didn’t have her last granddaughter circumcised. It’s a victory.”