Two Wednesday mornings, two train journeys and Diariou Sow. Follow us on our visit with our new president, in Namur and in Liège, to meet the teams based in Wallonia.

9.45 am, 12 October 2022, Central Station, Diariou Sow boards the train for Namur. The new president of GAMS Belgium was keen to talk to our Walloon staff and to discuss the issue of welcoming women in our branches.

Year after year, GAMS Belgium has continued to expand. Today, our team has three temporary offices in Flanders (Ghent, Antwerp and Leuven) and two permanent offices in Liège and Namur. On the train, we discuss the next events by GAMS Belgium, our professional careers, the happy event that Diariou is expecting a baby in a few weeks time, and the “place of one’s own” (a book by Virginia Woolf) about a woman seeking to be financially independent.

The day starts smoothly, Mélanie Jocquet, coordinator of activities in Wallonia, picks us up at the train station to take us to 60, Rue Henri Lecocq. The Namur office is located in a house. On the ground floor is the office of psychologist Ronaldo Ewel. He collaborates, cohabits and shares his kitchen and a living room transformed into a waiting room with the GAMS Belgium team from 9 am to 5 pm from Monday to Friday.

The atmosphere is friendly. You couldn’t ask for a better place for women. Before this, in 2015, the GAMS Namur staff was housed by ‘family planning’ in the Rue de la Tour. It was only in April 2017 that the team moved into this pretty building. Maud recalls: “When I started my consultations at the planning office, I worked in a shared office or in the corridor. Today, we can offer a reception that is more adapted to the needs of women who come and see us.

On the first floor there are two offices and a meeting room. Here we find Elly Pauwels, a lawyer, and two of our community workers: Ismatou Bah and Yasmin Hussein Mohamed. The latter is reinforcing the team for a period of six months and knows GAMS well, having already worked with us in the year 2019. Yasmine translates in Somali and Arabic. Ismatou speaks Soussou, Poular and a little Wolof.

“We are working with Mariama to expand the pool of West African peer educators and have different types of volunteers depending on the activities,” explains Ismatou. Ismatou also works one day a week in Liège to help out the team there.

Women seeking asylum, who are housed in the centres, sometimes travel more than three hours to get to the GAMS offices. We also notice that certain diasporas settle in one or the other city : “In Verviers, we find more Guineans and Somalis, and in Mons, there are more West African communities,” adds Yasmin. GAMS Belgium staff often have to travel between cities to accompany beneficiaries. The issues of mobility and strengthening the pool of volunteers are crucial for the team.

Crisis of reception and protection of migrant women

After a tour around the offices, the team moves into the kitchen. Elly talks about a crisis with reception but reassures us that the women manage to find places. Maud worries about the aggressions that women suffer in the centres and the deterioration of mental health in the migratory process. “They flee for protection and face a whole range of violence on the road.

Diariou explains that it took her a while to speak publicly. “Ten years ago I wouldn’t have been able to do this job, but now I’m ready to face the critics. I’ve been told I’m going to hell. I replied that at least I was not financing wars. You can’t stop threats, that’s part of it. She added that “private” support should not be underestimated. You can’t ask everyone to expose themselves.

Being a feminist can be seen as a challenge to morals in some communities and mentioning the word ‘clitoris’ can be offensive. Ismatou explains that you have to take into account the socio-economic conditions of the profiles. In the case of the Fulani community, for example, people who have travelled and migrated initially to big cities in Africa, for example to Côte d’Ivoire or Sierra Leone, are more open-minded on certain issues.

The wishes of the Namur team

The follow-up of young girls who come for protection against FGM at the psychological and medical level, the relationship between children and parents in terms of sexuality, the reinforcement of training for the medical profession, the mobility of the team and the beneficiaries were all subjects and requests addressed at this GAMS Namur round the table.

Same time, a week later, on October 19th 2022, our president embarks for Liège. During the trip, we discuss motherhood, family traditions and our roles in our families. The president asks us about the visit of Dr Mukwege, who is in Brussels for the exhibition by the artist Christophe Smets about women who are victims of rape in North Kivu. Time flies, the sun shines and we are already at the Liège Guillemins station. After a ten-minute walk, we find ourselves in the offices of our colleagues from Liège.

On the second floor of 65 Quai de Rome, we meet Louise Da Via, Charlotte Royen and Fos Mohamed Nur in a flat facing the river Meuse, where the light comes from inside and outside. We settle in around the table with our colleagues.

“Wednesday morning is usually the day of our team meeting where those based in Liège and Keyla, a lawyer (for Brussels and Wallonia) are present,” explains Louise, the brand new coordinator of the Liège branch. The young woman worked for two years in youth work in France before returning to Liège in April 2022. “After the floods, I needed to be closer to my family and to join a mission where I can feel useful.

Charlotte, the branch psychologist, tells us about the topics currently discussed during their supervisions. Every five weeks, the psychologists, Pauline Soupa (a midwife), Jérôme Halatan (a midwife), Ronaldo Ewel and, if necessary, a few external contributors, meet to carry out a case study.  “At the moment, we are discussing the reorientation or the end of the follow-up of a person accompanied by GAMS Belgium, the presence of the psychology team at the CGRA, the follow-up of Mauritanian women, a new public for the team. We ask ourselves whether we should be trained or not, what our role is as a trusted person, what is at stake during our presence at certain meetings for the people concerned. It’s a never-ending reflection for the teams.

Margarita, our new head of communications, mentions the screening of the film “Golden Land” about the return of a Somali family living in Finland. Fos, who comes from this community, explains that some families sometimes make a journey through Belgium first. “There are no Somali embassies in every European country, so I sometimes act as an interpreter for families coming from Scandinavian countries. We stand together, it’s important to help each other”, explains the community worker. As the discussion progresses, we realise that in several diasporas, there is a similar traditional system of solidarity savings called “tontine” in Central Africa, “ayuto” in Somalia or “daret” in the Maghreb regions. Each participant in this type of financing project invests the same amount of money and with a rotating system, and one person receives the sum. This type of financing avoids the need to take out a loan and maintains the connections between the contributors. This example shows it is important to have people in the teams to create and maintain the connection with the different diasporas.

The issue of intra-family relations was discussed at length. The taboos and control of sexuality, the educational gap, the intergenerational conflicts are themes that particularly affect those concerned living in Belgium. For our new president, it is essential to ensure the mental and physical well-being of the community workers at GAMS Belgium. “I am aware of the family burden. We all wear masks to survive but we are all one as well. We need to abondon fear to make change happen. That’s how I was able to save my two nieces from FGM,” says Diariou. 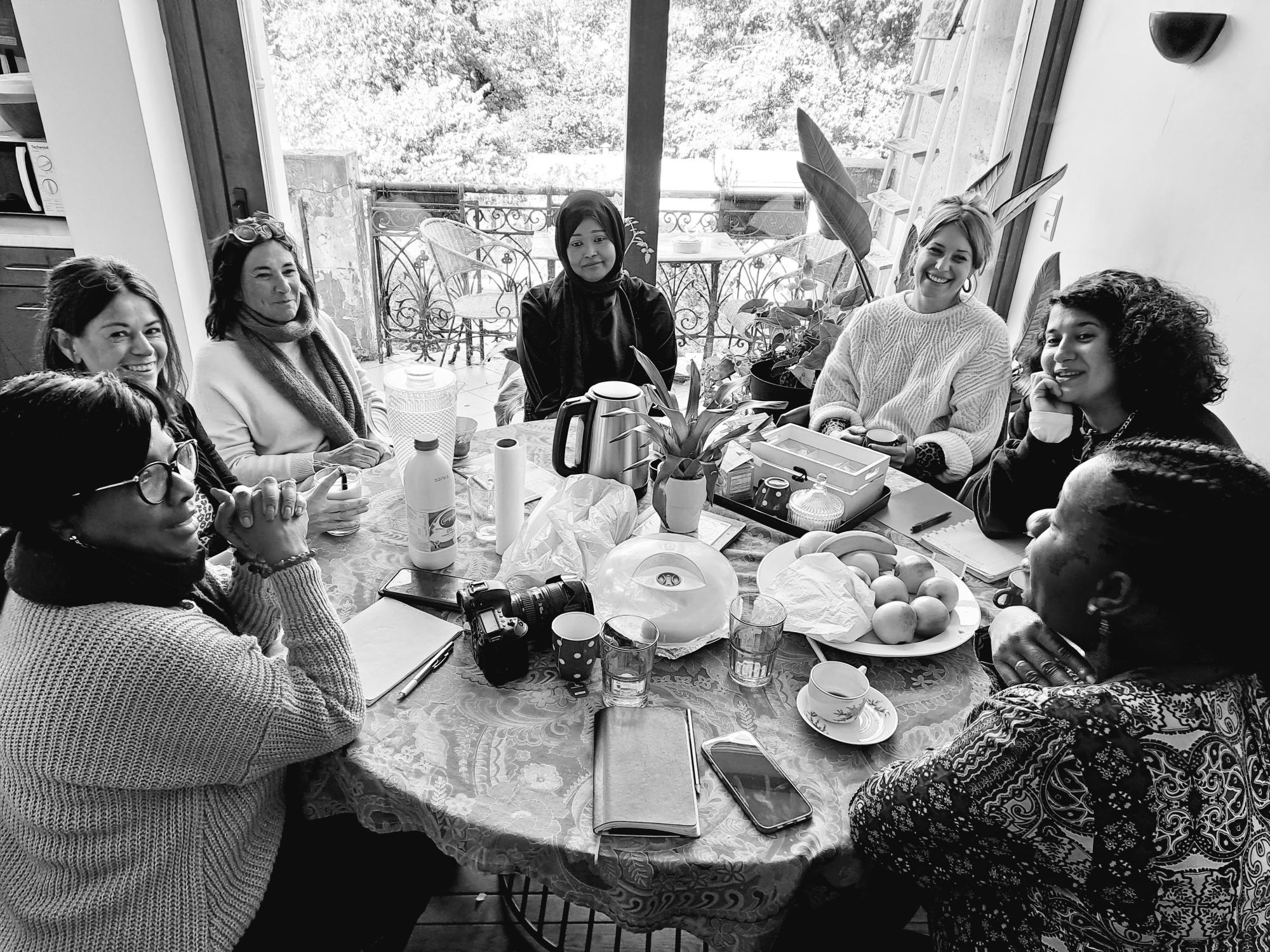 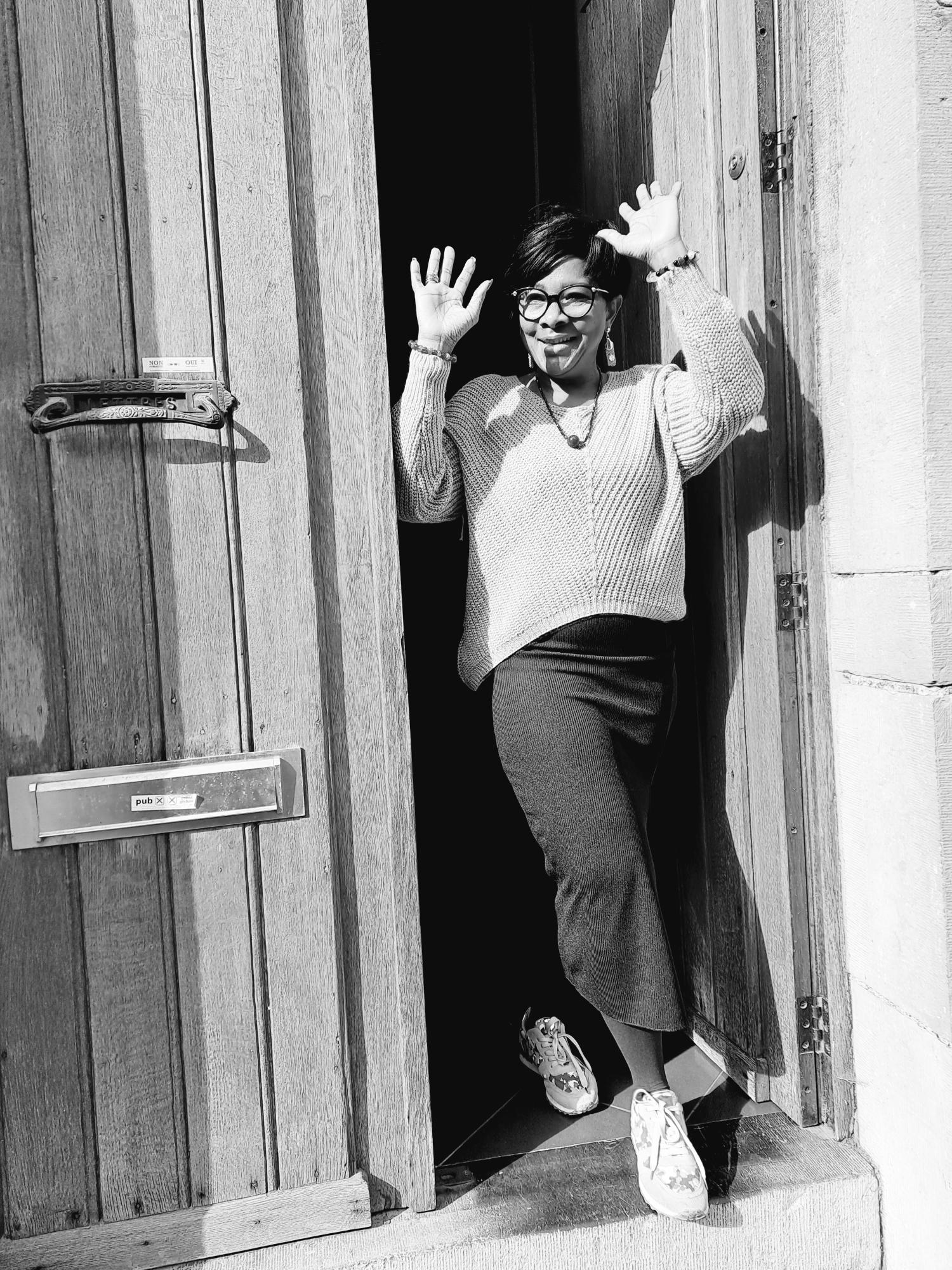 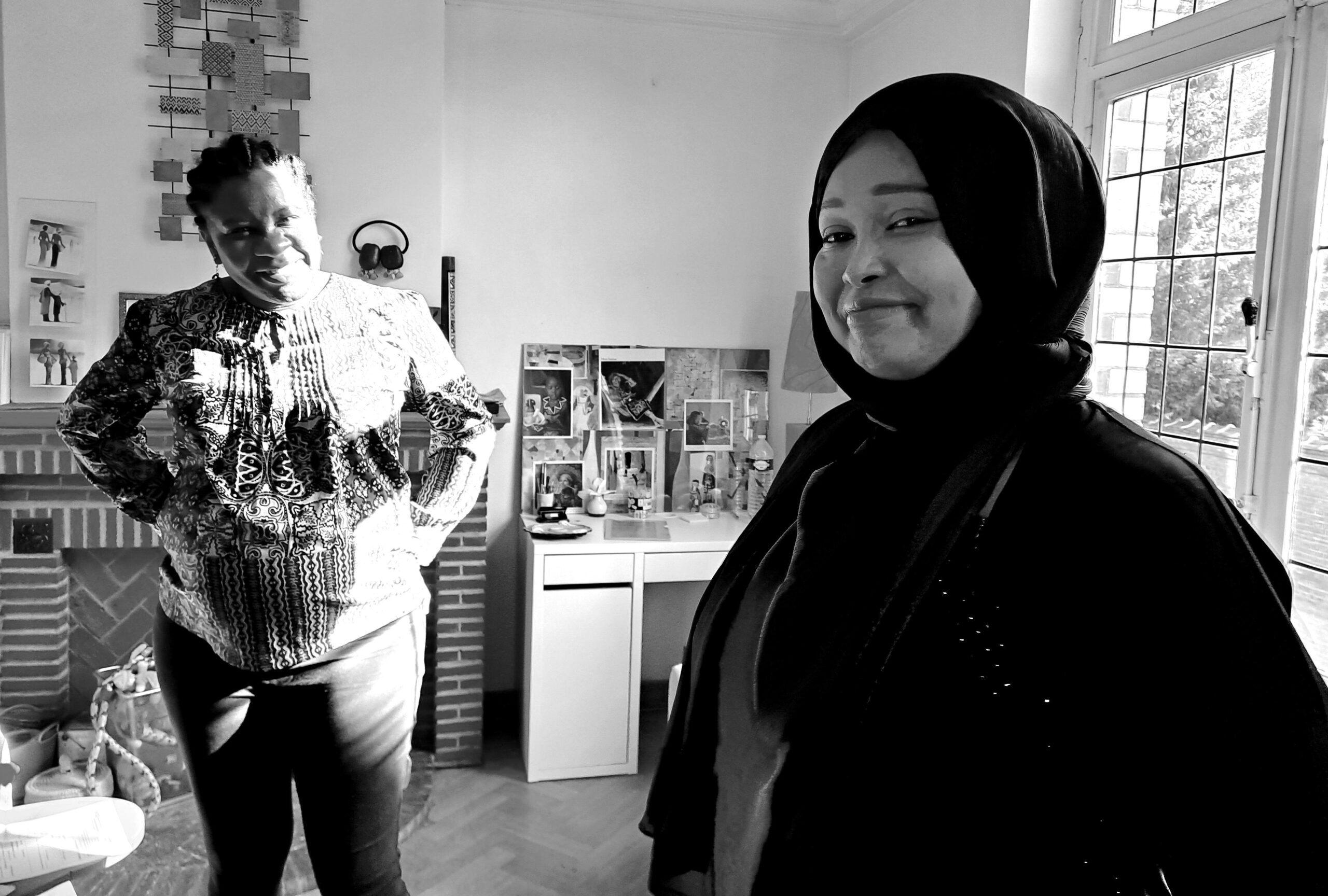 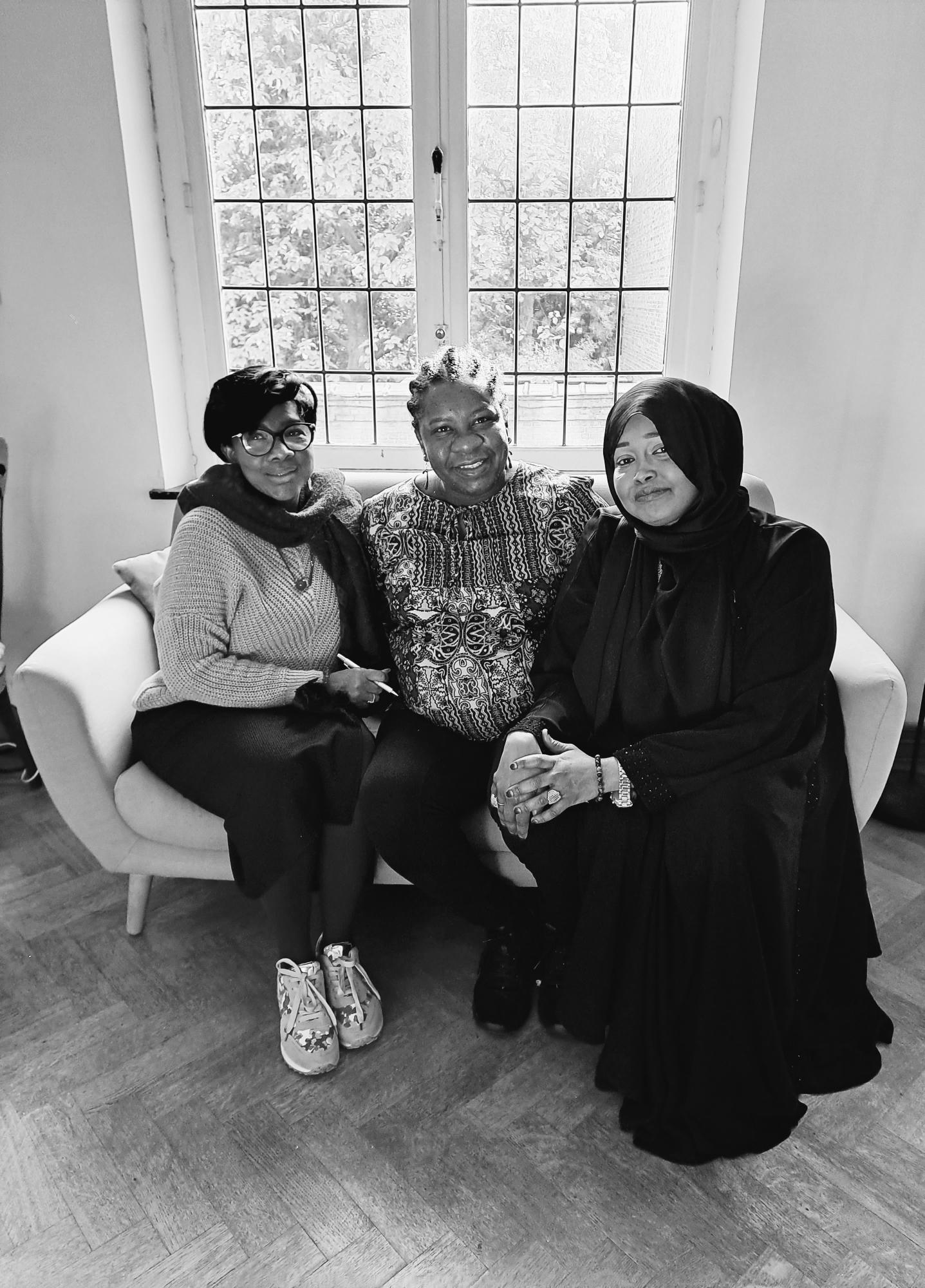 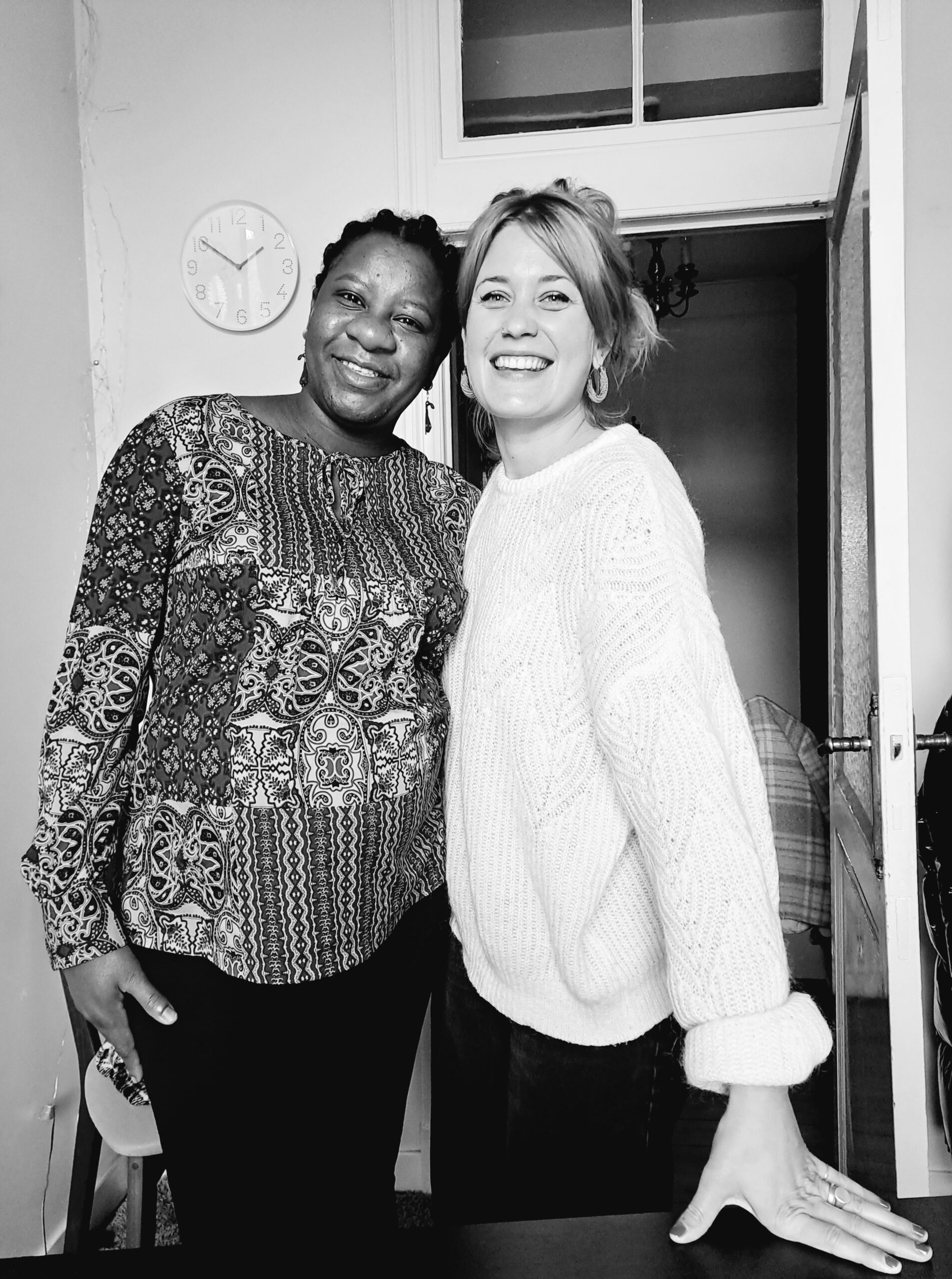 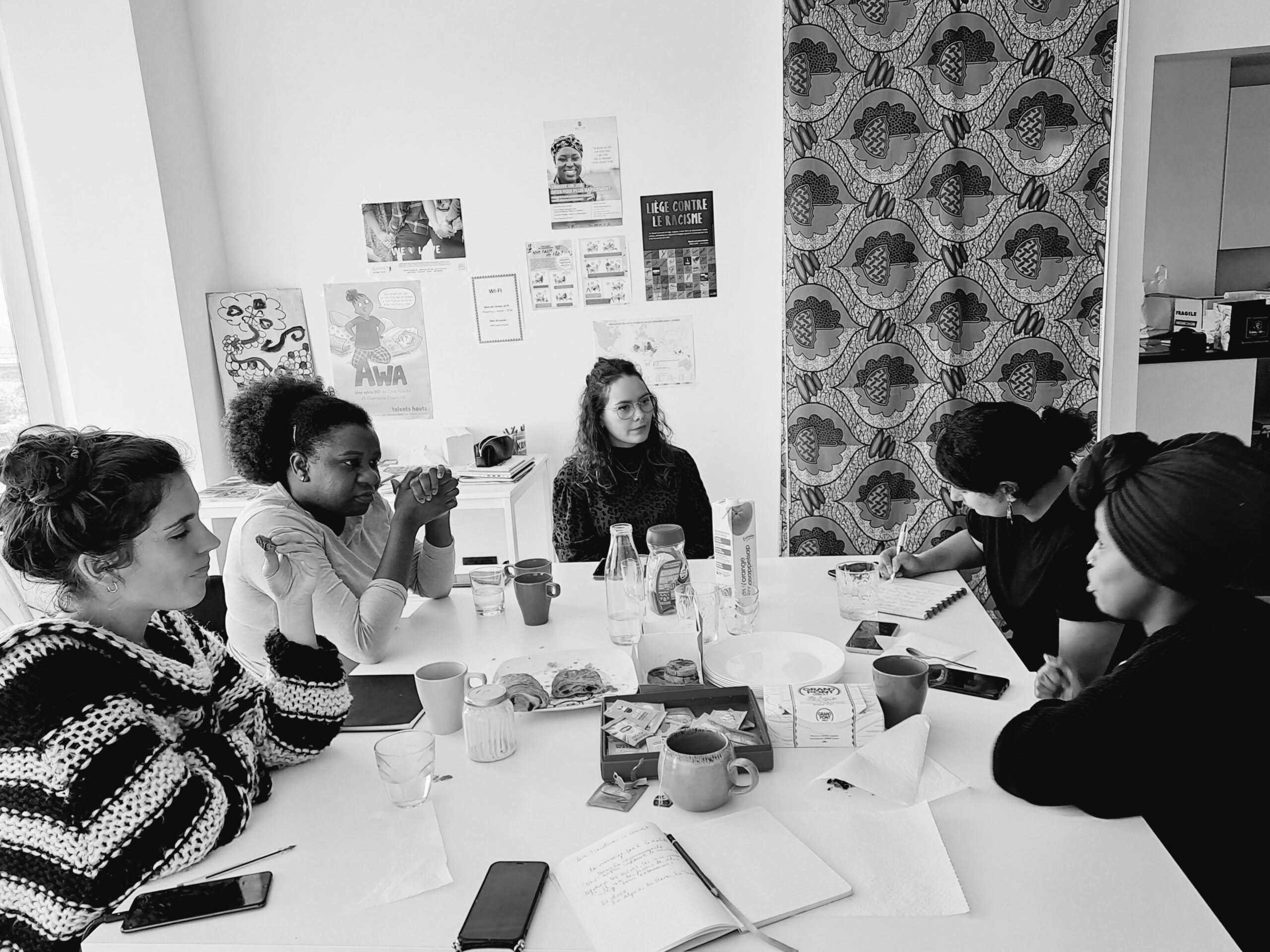 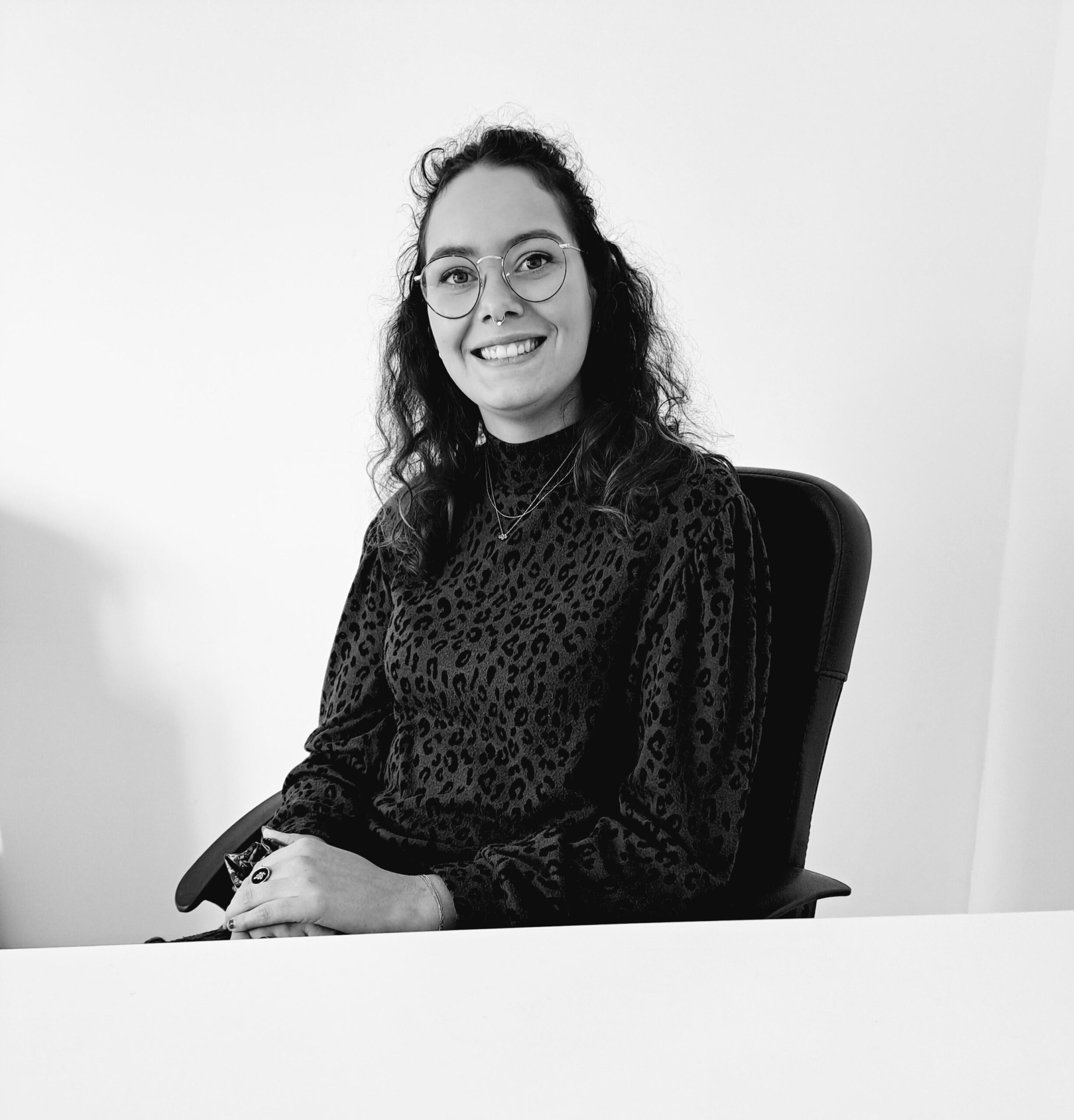 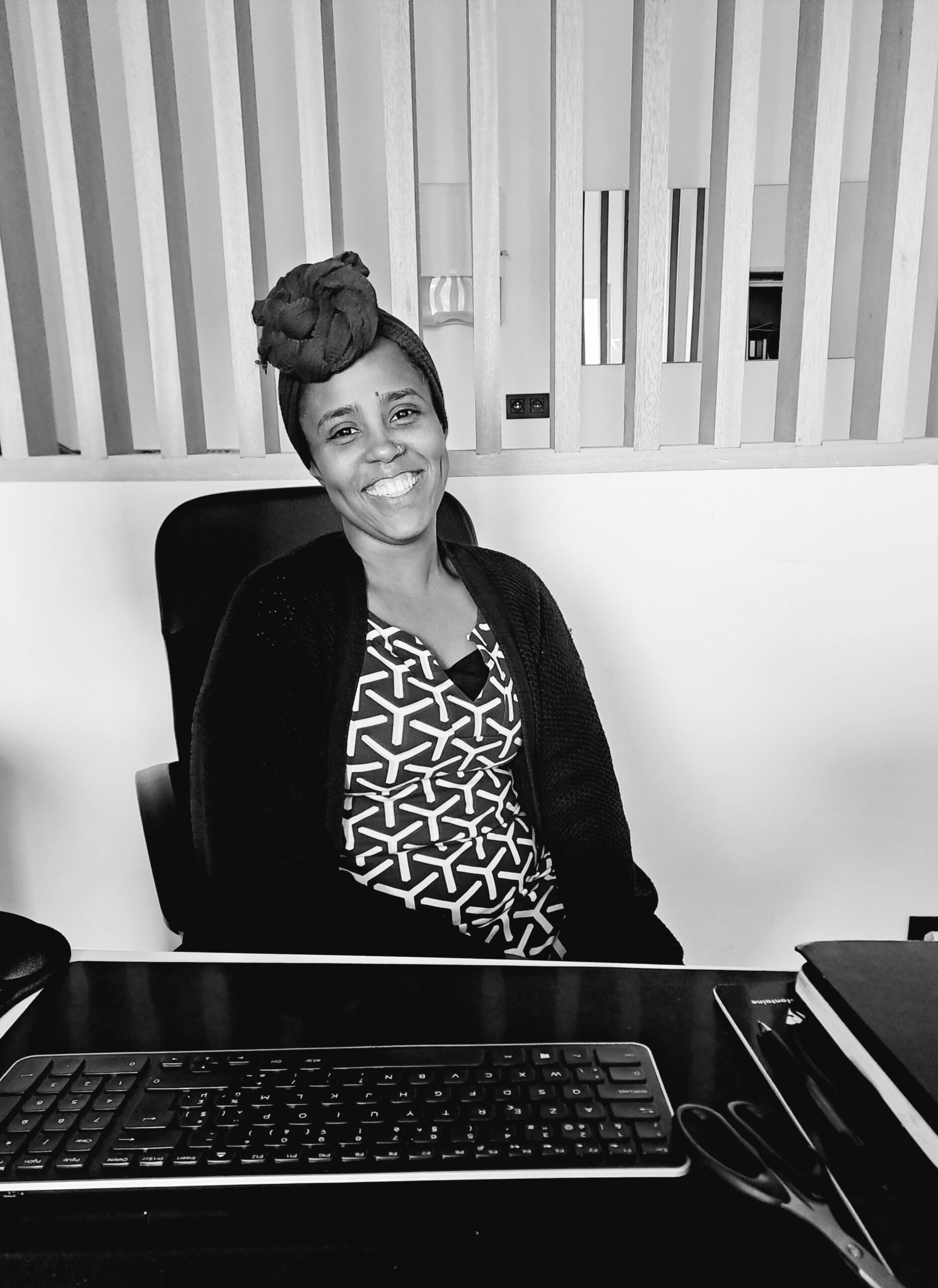 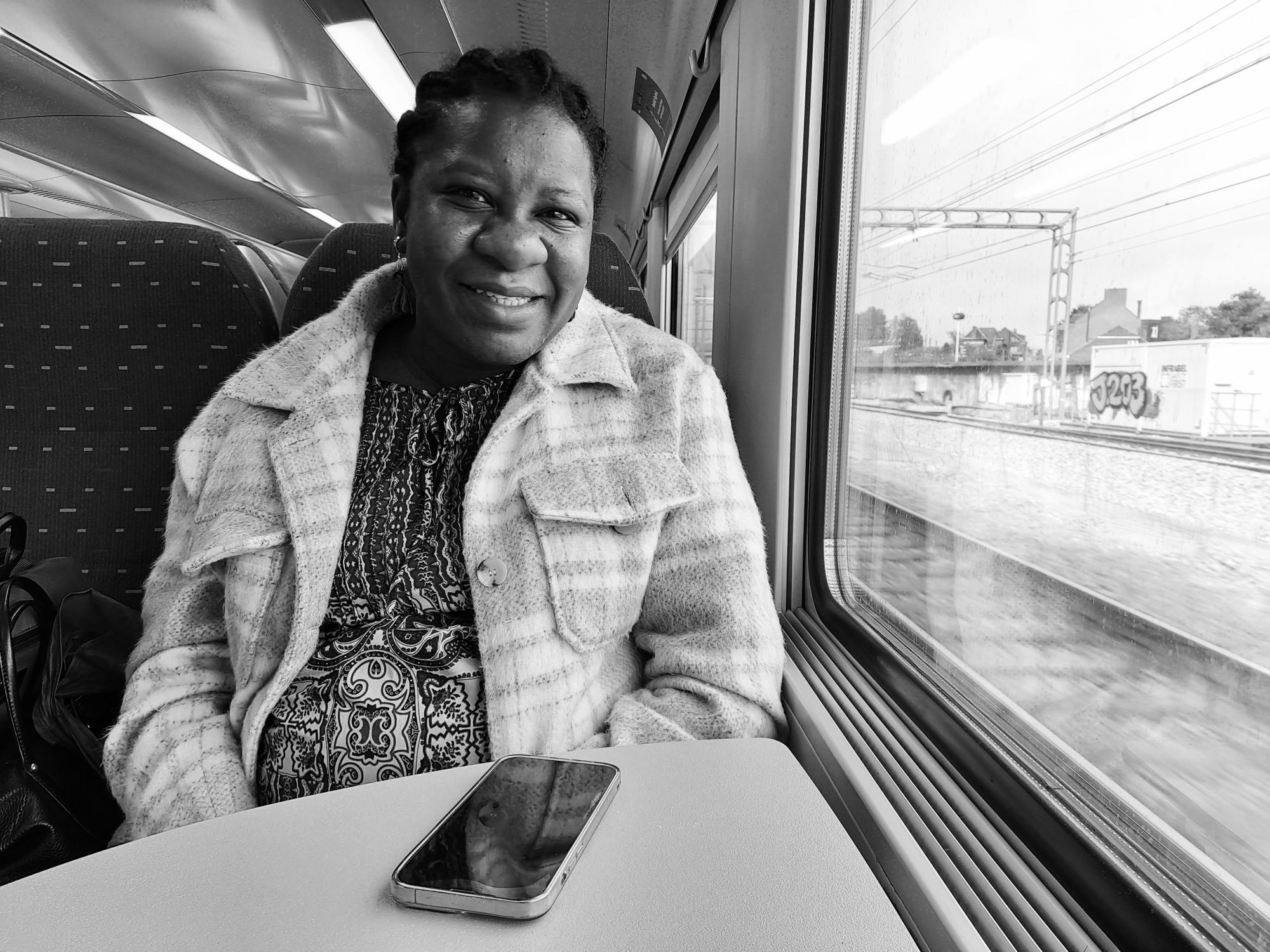 No Replies to "The new president visits the Walloon branches"