GAMS Belgium is a community-based association and fights female genital mutilation (FGM) and other forms of violence against women. Its prevention and awareness work is carried out daily with affected communities. In this context, peer educators play a crucial role: this article focuses on the example of the ACCESS project.

The ACCESS project aims to improve prevention, protection and support of migrant women in Europe facing different types of gender-based violence. For the moment, it is implemented in Belgium but also in Spain by Médicos Del Mundo and in the United Kingdom by FORWARD UK.

This project revolves around the training of front-line professionals, a communications campaign as well as the training and activities of peer educators.

Each community has its specificities and its complexity. Peer educators are volunteers from the communities concerned, affected particularly by FGM. In other words, they are people who know the realities of communities and the socio-cultural context specific to various forms of gender violence.

The peer educators are also trained in the accompaniment and orientation of the people concerned. They play a role of reference and support for people who are sometimes in very complex situations, but also have an intermediary role with support services. 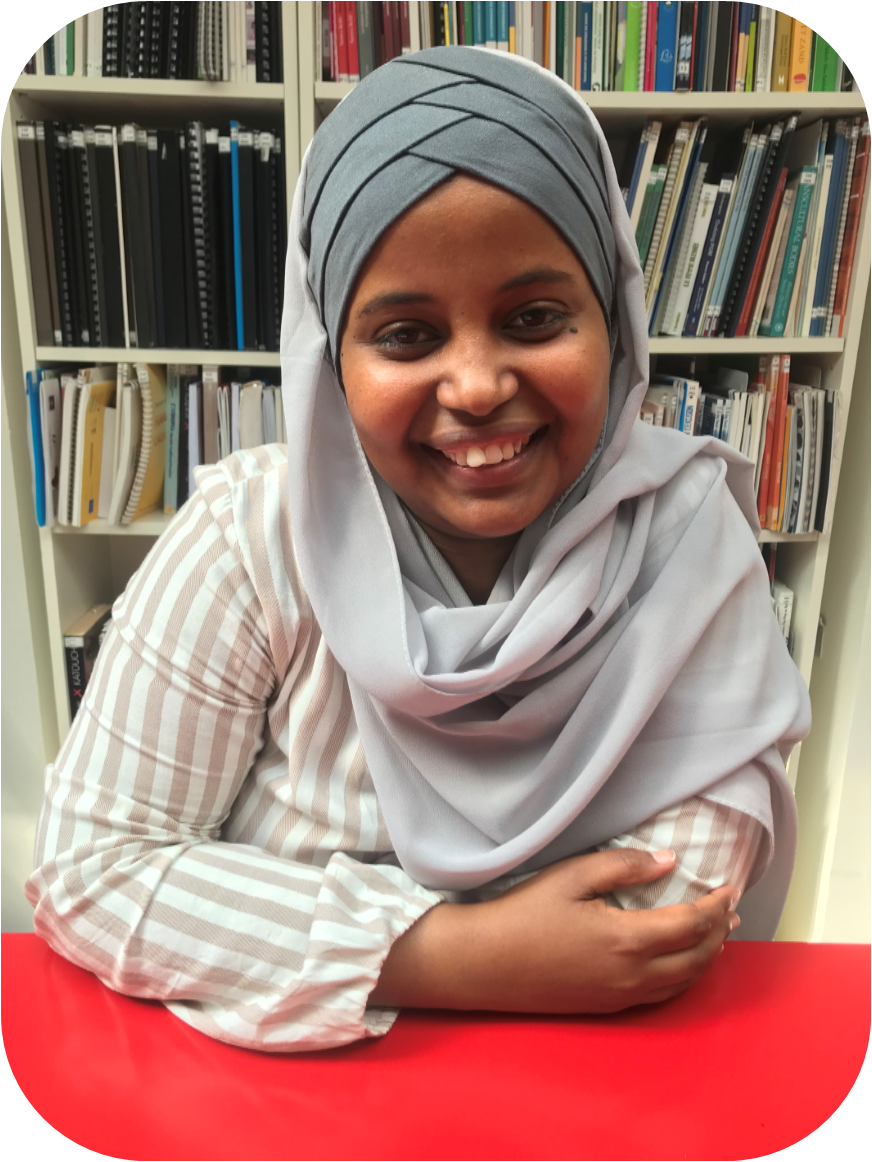 Idil Hassan is a peer educator within the ACCESS project.  Working alongside GAMS Belgium, she voluntarily fights against FGM and all other forms of violence against women.

When I arrived in Belgium, I was in a reception centre for asylum seekers. There, I saw a lot of difficulties. There were barriers. I speak Somali, so I could listen to Somali women. They were suffering, but they were afraid to speak, afraid of reprisals, and they didn’t know their rights in Belgium. Then there was the language barrier. As I speak French, I played an intermediary role between them and the various services.

A person who does not feel understood by their environment feels lonely. To listen to them, to go beyond the language barrier, is to take that person out of solitude. Sometimes, just listening is already helping them. Because they feel supported and understood. »

The official launch of ACCESS will take place in November 2019, but Idil is well prepared. In fact, she has already attended three training weekends organised by GAMS Belgium. On the program? Gender, privileges, human rights, reproductive and sexual rights, understanding of different types of gender violence, self-care, social change, intercultural communication and social change and the role of peer educators.

« The ACCESS training course has been very helpful to me. A very important aspect of the training was communication within the group. During the different workshops, each person was able to share their experiences, and this really had a beneficial effect. Tongues are no longer tied, speaking has become liberated.

In addition, we treated different types of violence, only to realise that these all had a common origin. Violence against women takes different forms but is interrelated. Women experience many forms of violence during their lifetime. It’s a continuum.

The profiles of the peer educators were very diverse, and we now have a reference person in the various migrant communities in Belgium. »

#MyVoiceMatters: The voices of the Community

GAMS Belgium is a member of the EndFGM European Network whose 2019 annual campaign is titled « #MyVoiceMatters: Voices of the community to end female genital mutilation ». Through this campaign, EndFGM wishes to highlight the importance of community voices in the movement against FGM.

No Replies to "#MyVoiceMatters: Peer educators to fight violence against women"